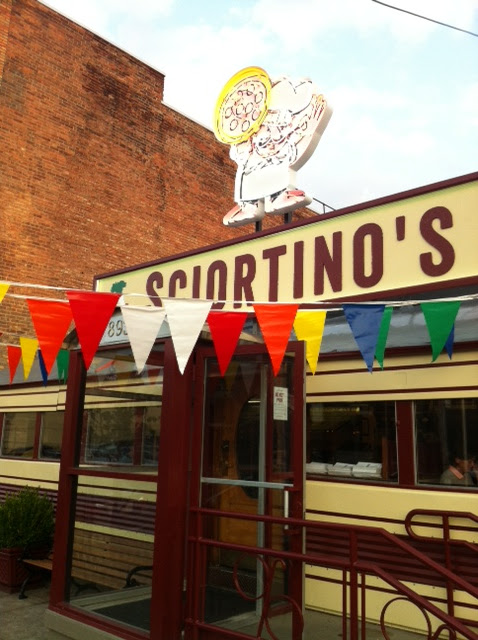 I like going places when they are new.  We pulled this move with Capital City Gastropub most recently.  Sciortino's opened in the Miss Albany Diner space this past Wednesday.

Off the bat, I'll mention that I'm a fan of most things Baumgartner.  Yes, he's easy on the eyes, but the food at his restaurants is actually good.  Some of my favorite meals in Albany involve the fish and chips at Olde English (and the beer), the fish tacos at Bombers (made better by being post-Boilermaker 15k), and although I'm not a huge fan of the food at Wolff's, I love love love the space it's in (and the beer).  I like when his blog has pictures of dogs, which is most of the time.

Anyway, tonight was the perfect night to head to Sciortino's.  Because I'm approximately 75 years old (see, hobbies: knitting, baking, being obsessed with my pet), we went for the early bird.

You can read all about it here. And here, here, here.

We had a Peroni and a Brooklyn Brown Ale, then ordered entirely too much food.  It was on purpose, but it was still alarming.  One thing to note is that when on display, the square pieces of pizza are on an angle, and it makes them look shorter than they are.  Don't be fooled.  One slice is enough. 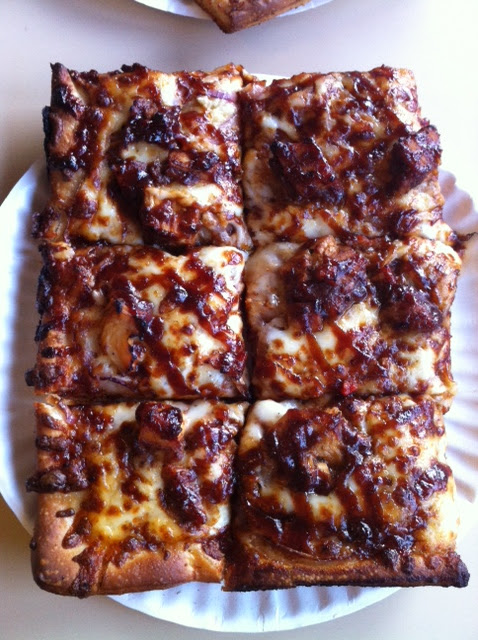 Sausage, peppers, and mushrooms (it's UNDERNEATH) 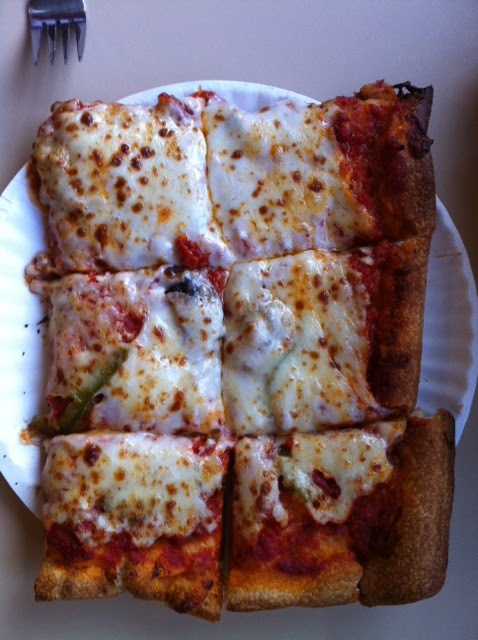 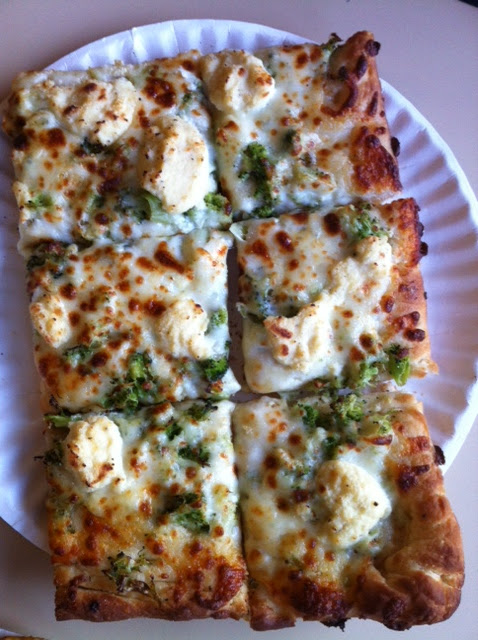 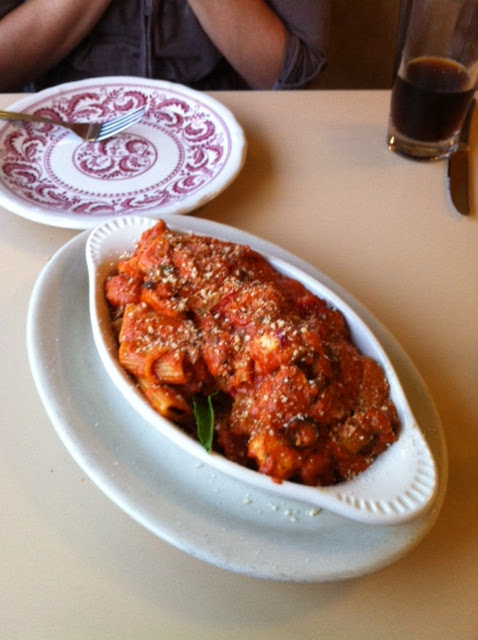 At one point this was a brownie sundae.  Totally unnecessary.  Really gooey and delicious. 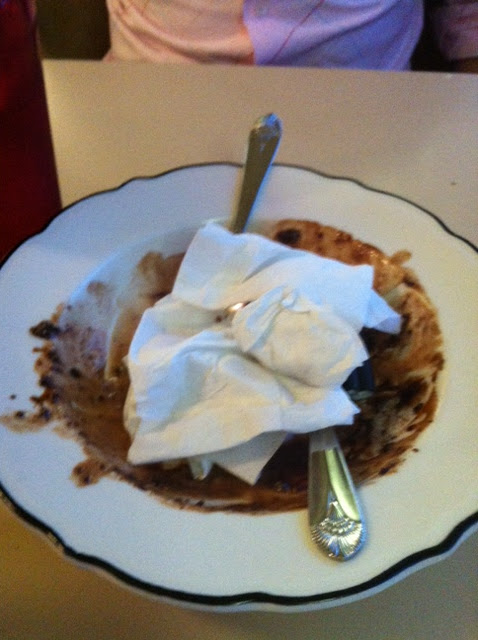 I really liked the pizza and I'd have all of them again.  The BBQ chicken might be my favorite. Service was really friendly, and Matt was hanging out at and behind the counter. It wasn't crowded, but if it had been, we'd just have a drink at Wolff's while waiting.  I had never tried chicken riggies but heard good things, and while it was good, it's not for me.  I'm a spice wimp and it was a little hot (which I expected).  I also thought it might be more baked like a ziti, but it wasn't.  Cash only, as per yuzh.