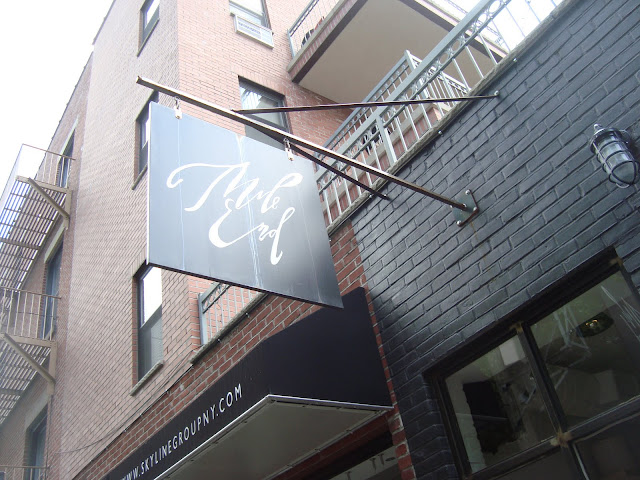 [washed out hipster pic.  aka it was very sunny.] 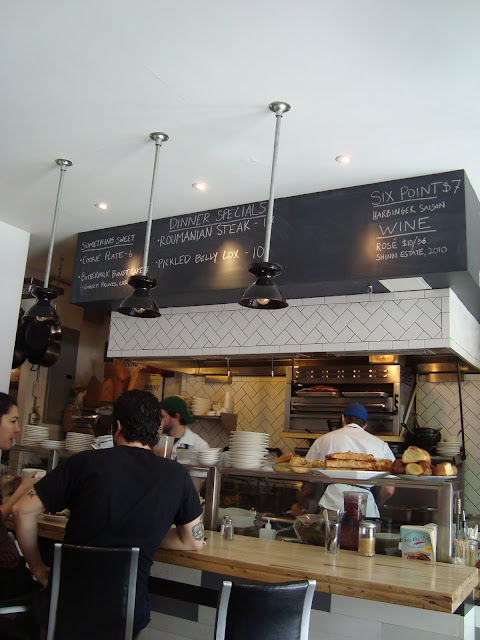 I saw Mile End on Unique Eats not long after my trip to Montreal, and L obviously had already tried some of their food at a local festival.

This place was petite.  Expected for New York, I know, but I didn't know the tables were perpendicular to the wall and were meant to sit 4, so we squeezed 6 there and put mom and dad in the two-seater right behind us.  I had my back to them, not so nice, but they were busy chompin' up delightful smoked meat hash.  I loved the feel of the inside--wooden tables, chalkboards, the subway tile, the hockey pictures in the bathroom--all of it!

I knew before our arrival, but others were surprised--you cannot get smoked meat before noon unless you get the smoked meat hash.  No sandwiches, no pile of meat (ahem, remember Schwartz's?).  Next time, FIL!  I'm with them, I want to go back for a sandwich.  Not a problem.  When are you free? 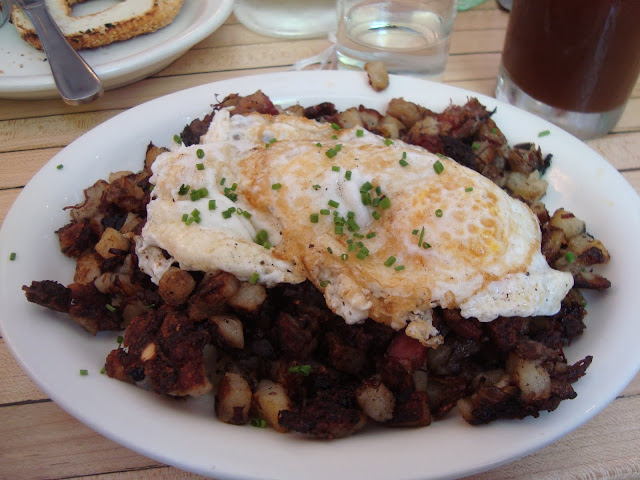 The smoked meat hash looks good, doesn't it?  It was.  Well-done, and that's not only a compliment, I mean crispy and crunchy.  The way I like it (and my mom, and my grandma, and everyone else in my family with the burned lovin').  My only criticism is that I wish there was more meat and fewer potatoes. It wasn't totally out of whack, and granted I was starving for more protein, but it would have made a noticeable difference in my book. 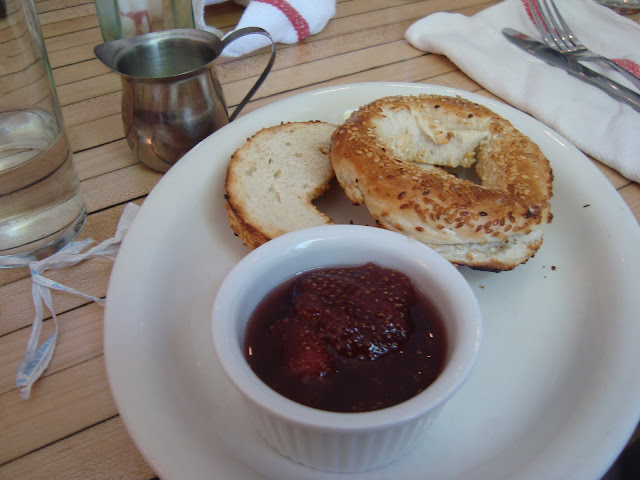 I also got a bagel (imported from Montreal's St. Viateur) to see what the fuss is about.  I didn't notice a particular sweetness, but indeed it was smaller and denser than the typical NY bagel.  It was too crazy--maybe because I lived in places with weird smaller bagels for a while and ate them anyway?

The strawberry jammy preserve was good, but the chunks of strawberry were big, and it was difficult to actually cut it to spread some on my bagel.  Highbrow problems. 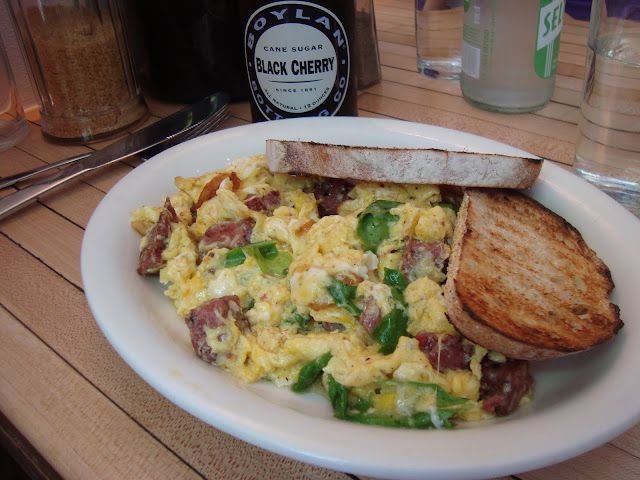 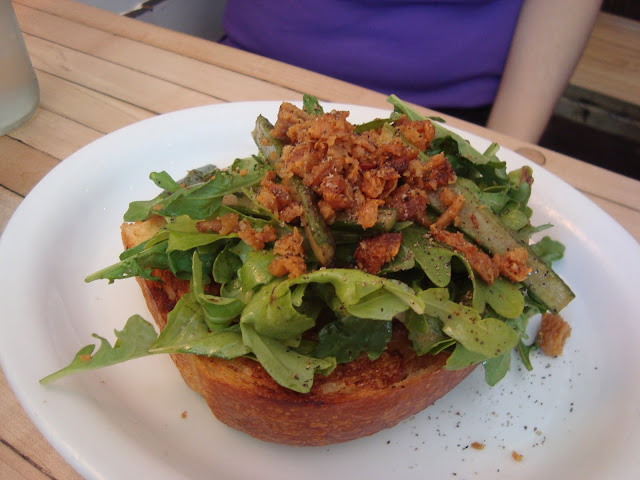 AG had a special: egg in a hole (a hole in challah, by the by) topped with greens and crispy chicken skin pieces.  I didn't get particular details on how she liked this, but the plate, like mine (and J's, etc) was clean.  It looked delicious.  If smoked meat hash wasn't an option, the special would be for me.

In all, 5 of us got smoked meat hash, and the only unpictured item is Grandma's delightful whitefish salad and bagel platter.  The whitefish salad was fresh, full of herbs and a citrus squeeze. It was light and refreshing, everything I definitely did not want that morning--GIVE ME MORE MEEEEAAAAAT.

Posted by Capitol to Capital at 8:00 AM